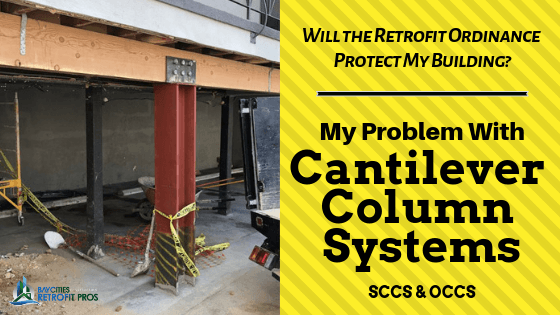 When the city of Los Angeles passed ordinance 183893 and 184081 back in 2015, the goal was to prevent the loss of life during an earthquake by preventing the collapse of “soft story” apartment buildings. As a result, thousands of building owners in the city of Los Angeles received a Notice to Comply letter in the mail, letting them know they need to seismically retrofit their buildings. Shear Walls, Cantilever Columns (SCCS/OCCS), and Moment Frames (OMF/SMF) are being used to strengthen these structures … but which solution is best? Cantilever Column Systems have become the “go-to” when property owners want the cheapest retrofit solution, but is it always an adequate solution? 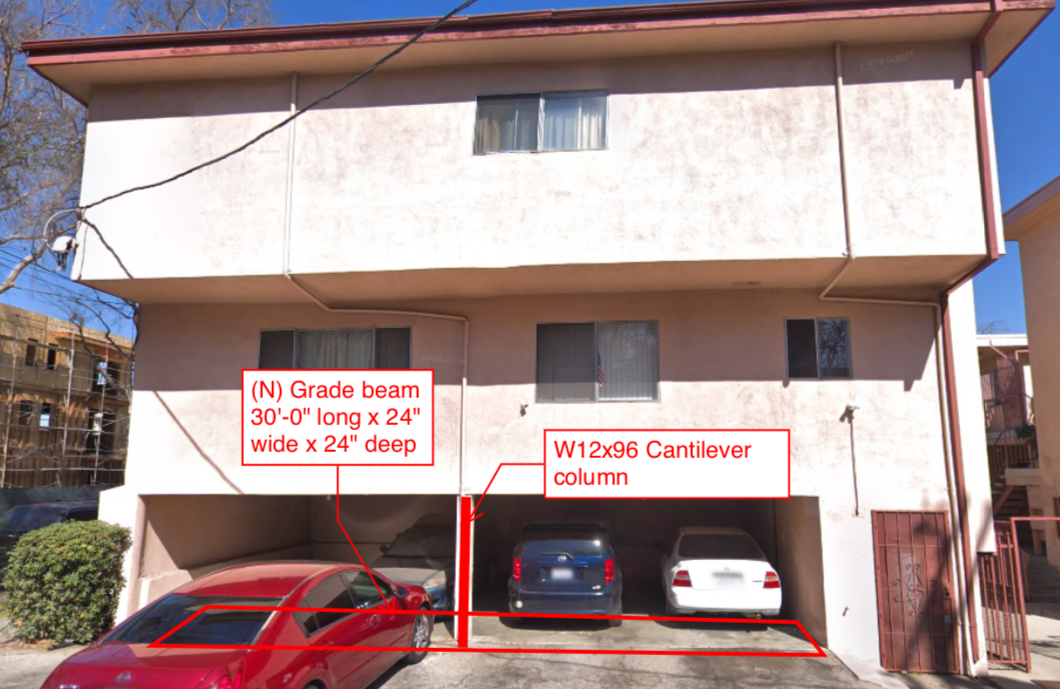 Example of a proposed SCCS system in North Hollywood, CA

My Problem with Cantilever Columns

For the last twenty years, my team and I have worked on both commercial and residential construction, working on everything from home additions to soft-story retrofits. Together we have worked through countless issues that arise once we remove stucco to fully inspect the structure as part of our seismic retrofit solution. You will not be able to judge the true state if the existing structure until you remove some stucco. My team has come across several surprises once we peeled back the stucco, water damage and dry rot have almost always deteriorated existing beams and joists. After working on dozens of “soft story” dingbat apartment buildings built in the 50s and 60s, one thing has become abundantly clear, not enough is being done to ensure a there is a seamless connection between new components and the existing structure. It is my belief that the current “value engineering” trend in soft story retrofit designs has produced plans that are inadequate and deficient. The connections between the new cantilever column systems and some moment frame systems are not large enough to properly disperse lateral forces in the event of a large earthquake. I suspect that these solutions are insufficient because the connections are not spread out evenly. A cantilevered column system is adequate for a small 10-unit apartment building, but I have come across plans that utilize cantilevered column system on 30-unit apartment buildings with two stories above the parking area. When a cantilever column is used on a large building to resist seismic forces along two axes, the force is can experience during a major earthquake will be concentrated on a small 16-inch connection. Even though the building will not collapse, my concern is that the structure will sustain more damage that it would have if that connection point had been larger or spread out across a large section of the building. But I haven’t just seen this deficiency in Cantilevered Column Systems; I have also seen it in Shear Wall Systems, and some Ordinary Moment Frame Systems. I believe all these systems need further scrutiny and analysis.

After attending the Safer Cities Technical Summit that was organized by the Structural Engineers Association of Southern California (SEAOSC) my suspicions were confirmed. One of the speakers at this event, who happens to be a well-respected member of the structural engineering community, voiced his concerns over the vast amount of retrofit engineering plans that are being approved with inherent flaws. The overuse of Cantilevered Column in large buildings is becoming a problem. A major concern that the speaker highlighted is the lack of reinforcement along the perpendicular plane on the majority of retrofit solutions. Most retrofit designs are “partial or targeted” retrofit solutions, meaning they only address the potential seismic vulnerabilities of soft, weak, or open-front walls, and NOT the vulnerabilities of the entire structure as a whole. Additional reinforcement is needed along the perpendicular plane in relation to the main dragline. I wholeheartedly agreed with his concerns, Cantilever Column Systems do not provide sufficient protection on the perpendicular plane. During a large earthquake the structure won’t just experience back-and-forth movement along the dragline, it will actually experience movement in all directions, it will oscillate. This means that in the event of a large earthquake, the building will want to move in a direction that is perpendicular to the dragline containing the Cantilevered Column System, or Ordinary Moment Frame. In most cases, the existing wood frame is not strong enough to withstand or properly transfer seismic forces to any particular retrofit solution system. These conditions could produce extensive damage that could have otherwise been preventable if a comprehensible retrofit solution had been developed. None of the plans that have come across my desk address this vulnerability. I would speculate that property owners are demanding a low-cost alternative to Special Moment Frame Systems, it would explain why Engineers are attempting to keep costs down by implementing Cantilevered Column Systems. 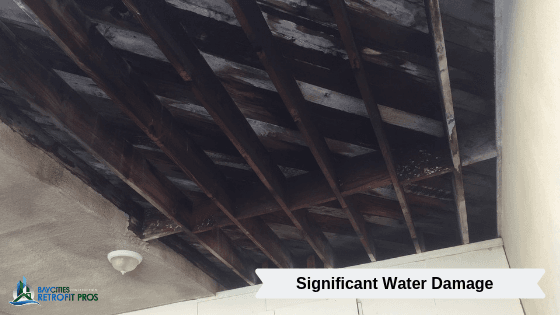 Existing diagonal plank subfloors are often brittle due to age and exposure to moisture. Multifamily properties suffer from aging pipes that often leak and cause water damage, additionally, these aging joists are riddled with knots that are ready to pop out. I suspect that in the event of a large earthquake, these substandard beams will experience torsion. You cannot rely on these aging members to withstand the large seismic forces that will be experienced during a large earthquake. These members need additional reinforcement or even complete replacement as part of the soft-story retrofit solutions that are currently being considered in the city of Los Angeles. A comprehensive seismic retrofit solution will require more than just steel, it will require a solution in which all systems work in harmony to protect the structure. The use of several tie plates could be used to remedy some of these issues.

I believe that a larger amount of contact points between existing members and new alterations are needed, along with diaphragm sheathing. The use of A35 plates, LTP5 plates, and LTP plates can provide a solid connection between existing subfloors and floor joists. The addition of solid blocking along with A35 plates can reduce the risk of torsion once Structural 1 Plywood is installed. It can create a honeycomb effect that will increase resistance over a large section of the building. Diaphragm framing can provide additional rigidity and shear that would otherwise not be present. The seismic ordinance was intended to protect lives and properties in the event of an earthquake, and prevent the loss of housing as was the case during the 1994 Northridge Earthquake. 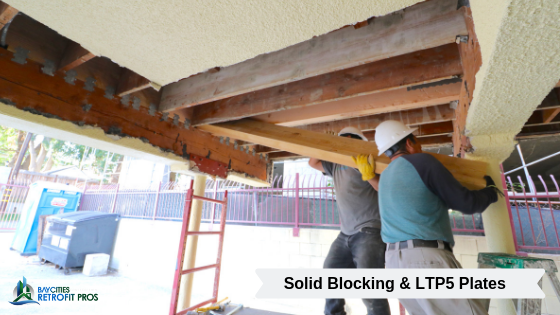 It should be clear that cantilever columns are a viable solution for some buildings. The building's site conditions dictate which methodology is used to retrofit the building. Construction cost is always a factor to be considered but it must not be the driving force of the design. Soft story retrofitting is the business of saving lives and that is tremendous duty and responsibility. Do you agree with my thesis? We would love to hear your opinion. How do you think this type of mindset will affect your soft story decision making? 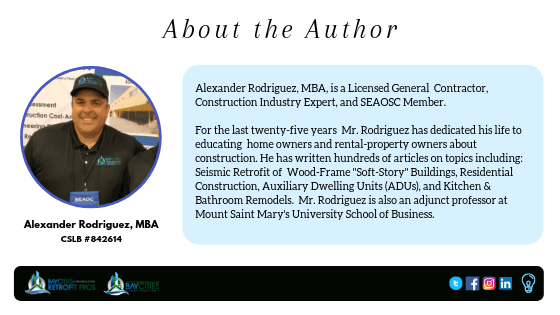