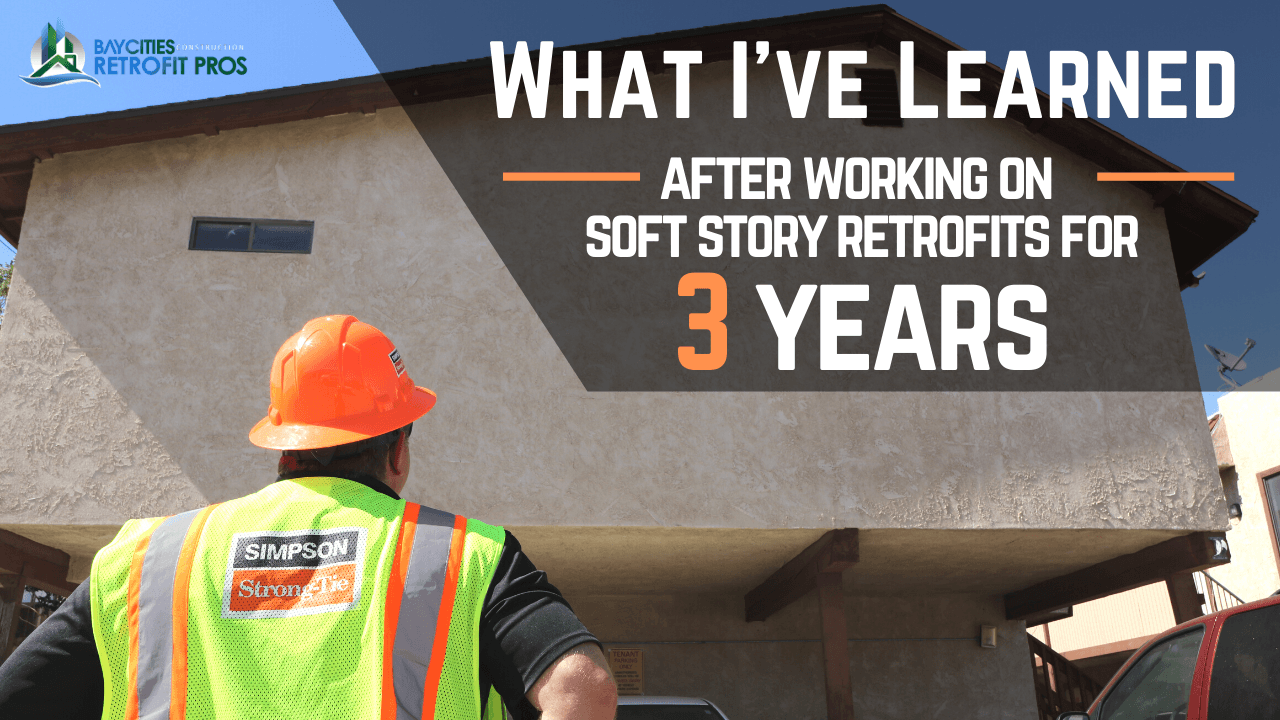 It's been three years since we started retrofitting soft-story buildings, here's what we've learned so far.

A few years ago the city of Los Angeles passed Ordinance 183893 & 184081 to require seismic retrofits for Wood-Frame Apartment Buildings with 'Soft Story' (Soft, Weak, Open-Front) features. A short time after that my company began to work on 'Soft Story' seismic retrofit projects after my Structural Engineer approached me with a retrofit project. After years of working together, my engineer remarked: "I know your work... you should look into this soft-story retrofitting ordinance in LA".

"I know your work... you should look into this soft-story retrofitting ordinance in LA"

Since then I approached several colleagues from the Structural Engineers Association of Southern California (SEAOSC) to fully immerse myself in the field of seismic retrofits and seismic engineering. The ordinance presented a unique opportunity for contractors like myself to help protect structures and tenants from earthquakes, and since then I made it my mission to help make Los Angeles, Santa Monica, West Hollywood, Beverly Hills, and Pasadena more resilient. For those of you who don’t know me, I have been in construction for over 15 years and started this company during the Great Recession, and I am committed to helping make Southern California a safer place for everyone.

In the three years of doing seismic retrofits, my team has worked on properties both big & small. We have also built retrofit solutions using the three main retrofit methodologies, including Moment Frames SMF/OMF (Special Moment Frames & Ordinary Moment Frames), Cantilevered Columns SCCS/OCCS (Special Cantilevered Column System & Ordinary Cantilevered Column System), and Shear Walls SW (Steel Shear Panels & Wood Shear Wall). In using all of these methods I have come to the realization that each one of them is best suited for a specific type of field condition. In determining what solution is best for a soft-story building I ask myself "What is the BEST solution for the building", because I want to make sure that the solution we use is the one that provides the most protection. 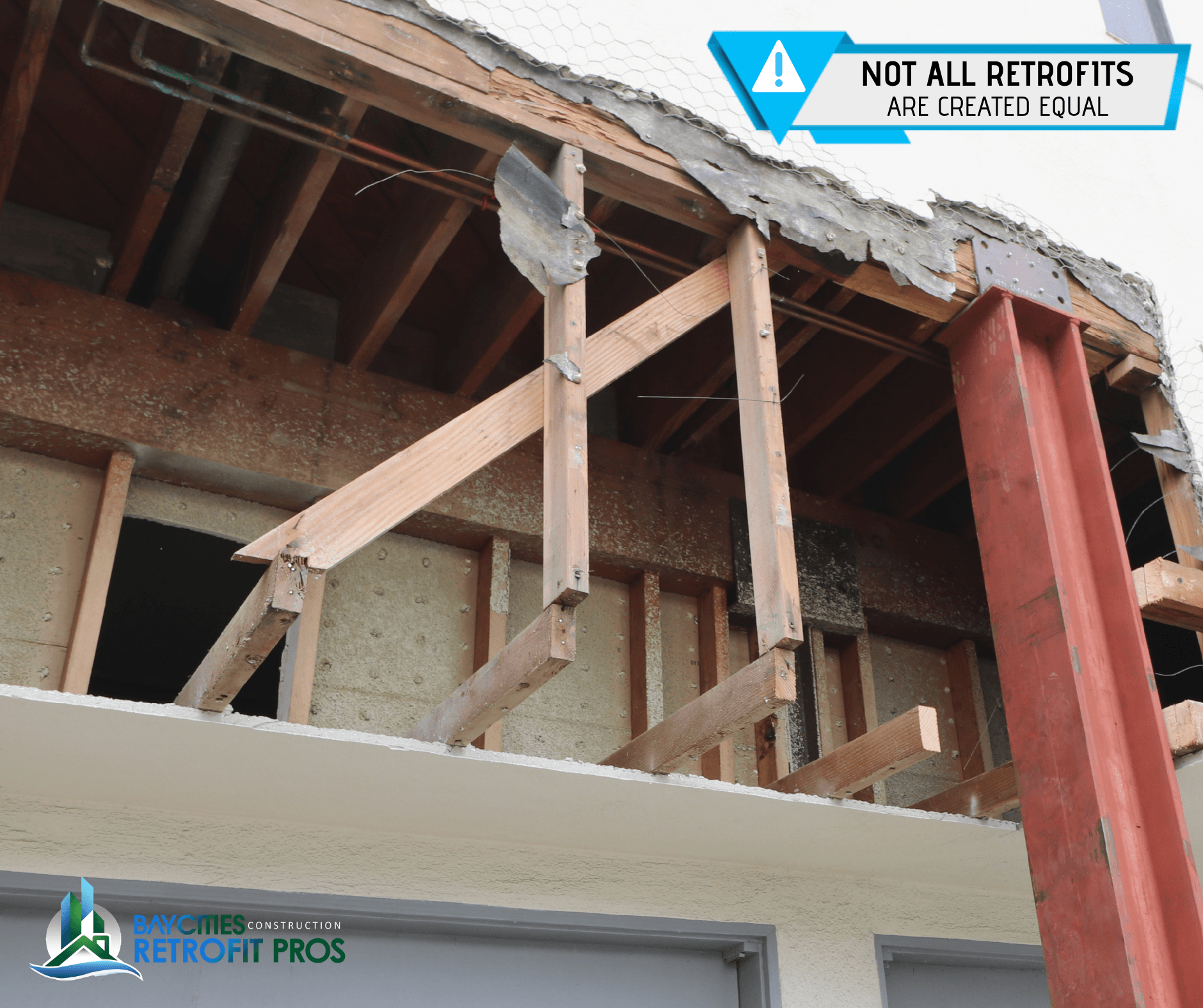 Over the years I've gotten in touch with hundreds of property owners who want my team to submit a bid based on plans they've gotten design by another firm. The overwhelming majority of plans we've received to "bid" on, use a Cantilevered Column solution. In my experience over 100 sets of plans that have been sent to me use a type of Cantilevered Column solution, this retrofit method has become prolific. It's my professional opinion that in 85% of these plans using a cantilevered column is not a WISE choice, and it's not necessarily because cantilevered columns aren't strong enough (...trust me, STEEL IS STRONG). It's simply because a better solution could have been used but was ignored simply based on price while it's superior performance was ignored.

Let me elaborate, and bear with me because it's going to get a bit technical, the cantilevered column solutions I've seen often replace existing Steel Pipe Columns SPC that carry gravity loads with a cantilevered column to handle both gravity loads and shear loads...and that's when bad things can happen.
A large earthquake (Magnitude 7+ on the Richter Scale) will damage the base of the cantilever column. The top of the column can damage the gravity load beam that it is attached too, possibly causing unnecessary damage. In most cases, this type of damage is 100% preventable by simply leaving the Pipe Columns SPC in place and instead using a more comprehensive solution like a Special Moment Frame to reinforce the structure. Utilizing a cantilevered column retrofit can cause tens of thousands of dollars of damage that was avoidable. A damage caused by using the wrong design in the wrong location, simply because it's cheaper to install. 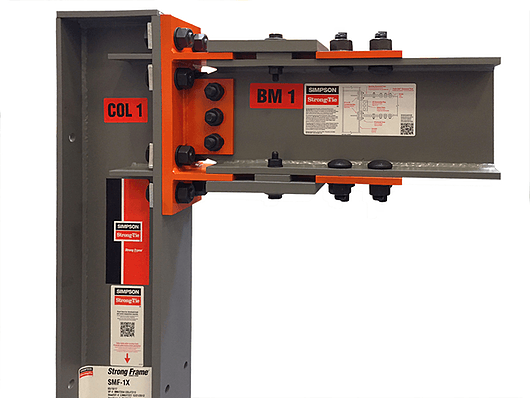 The Simpson Yield Link structural fuse shown above in orange.

Cost and money are important factors in choosing a solution for a soft story retrofit solution in Los Angeles. There is no doubt that seismic retrofit solutions for Soft-Story buildings that use Special Moment Frames are more expensive, slightly more expensive (the difference is a few thousand dollars). But a Special Moment Frame system will isolate shear forces into a specially designed Yield Link Structural Fuse. The Yield Link will absorb the damage in a replaceable section of the moment frame, a feature that is not offered using cantilevered column systems. Why does this matter? In the event of a large earthquake a cantilevered column that yields will need to be replaced entirely, and If the gravity beams that the cantilever is attached too is damaged it will also need to be replaced. By contrast, if a Special Moment Frame is damaged during an earthquake, only the damaged Yield Link section needs to be replaced, and not the entire system. 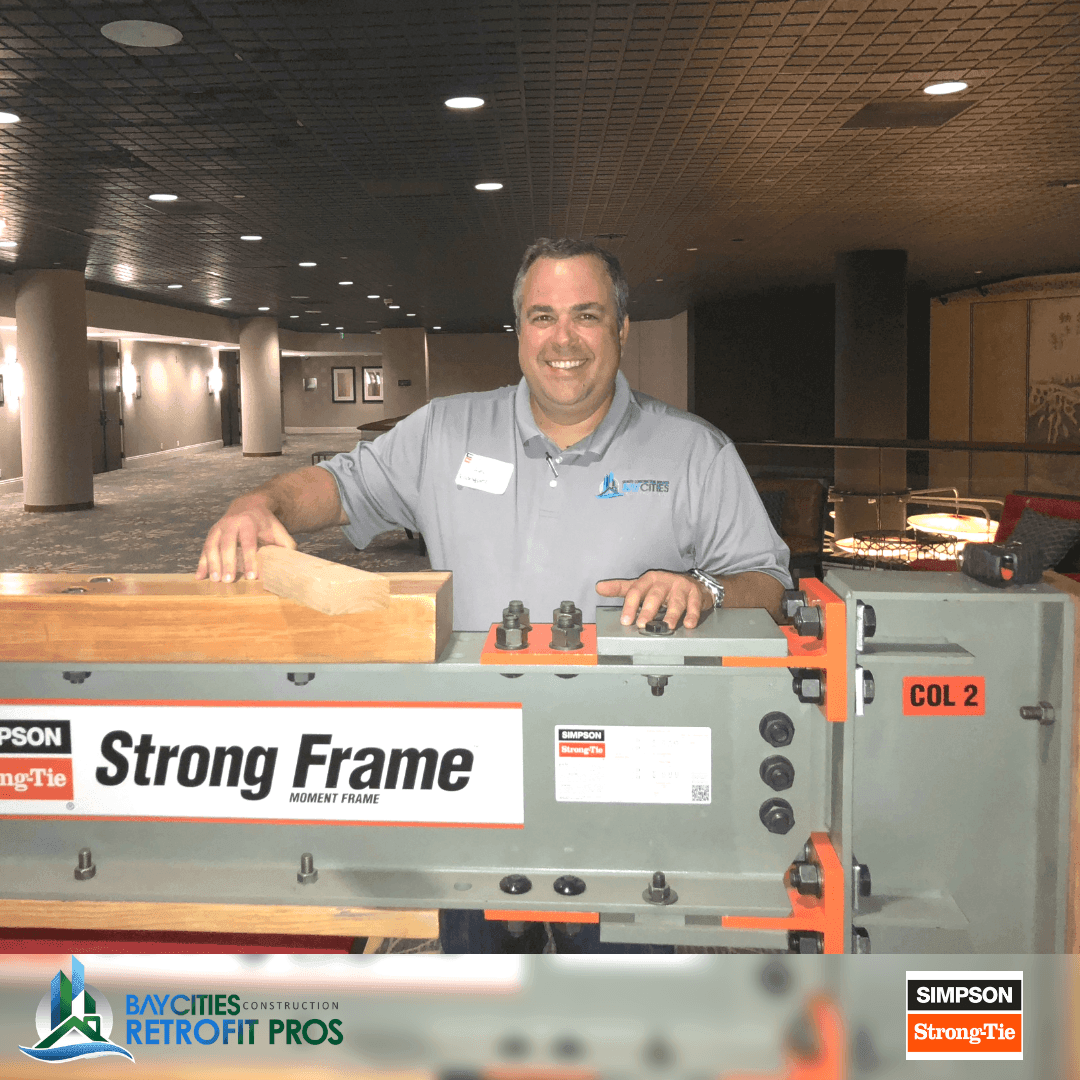 Since the retrofit ordinance of Los Angeles was passed in 2016 over 50 new retrofit companies have appeared (trust me, I counted) that did not exist just a few years ago with brand new CSLB contractor licenses. I don’t like all the slimy people that have entered the soft-story business. General Contractors already have a bad rap, and I fear that these new wannabes will just be adding to the mix. If you have a new CSLB license that is less than 1-year old that doesn't make you an expert...simply said. I do not suffer fools gladly, but earthquakes don’t suffer amateurs well. Personally I would like to see a focus on delivering exceptional performance, craftsmanship, and pride in making amazingness happen. This retrofit work is meaningful and I want to work for people who value what we do and how we do it! 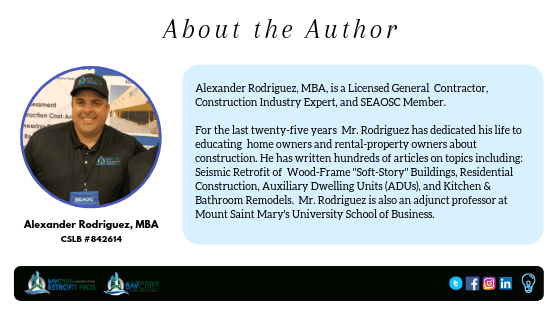